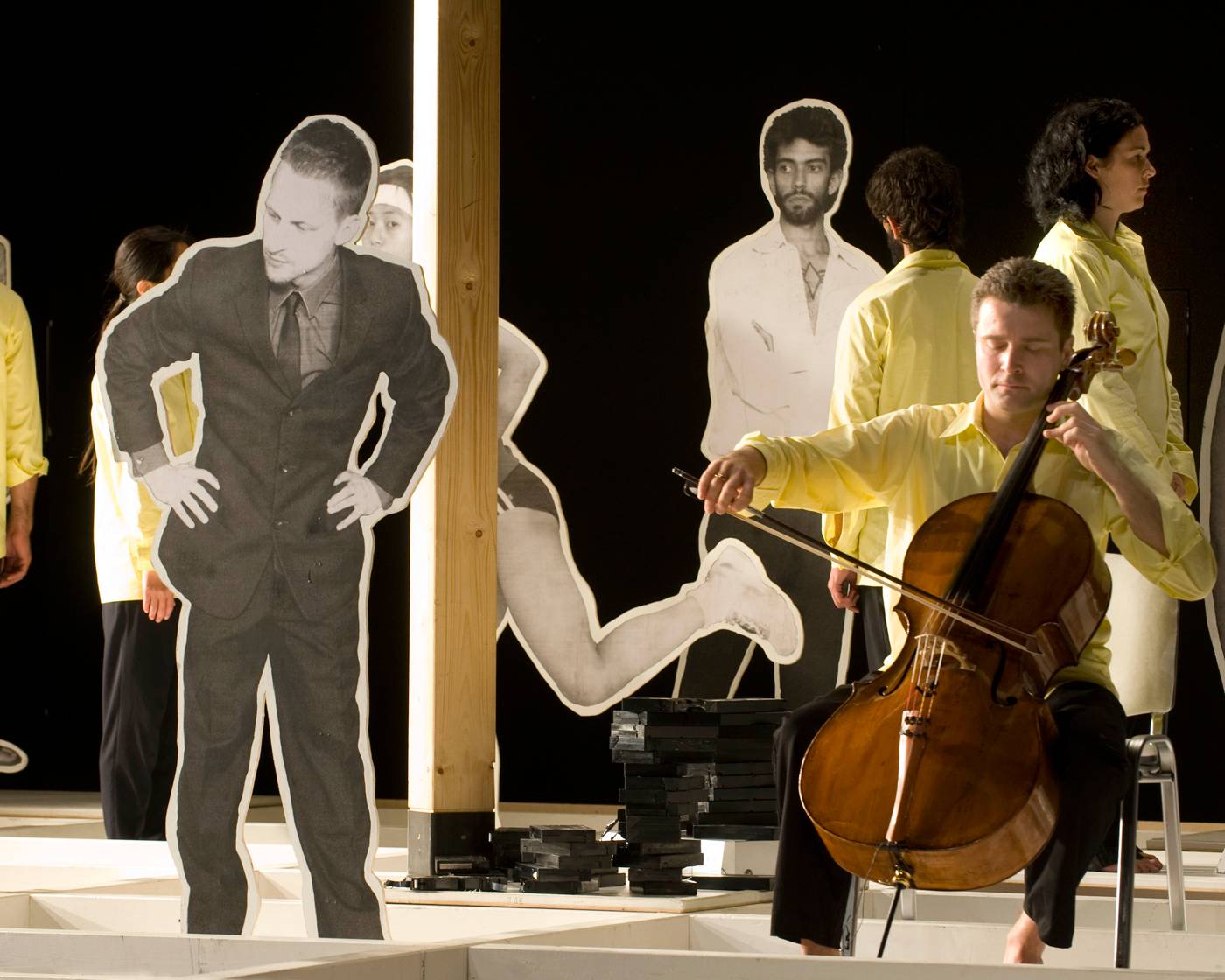 The appointment of choreographer/director Joachim Schloemer as this year's "Artist in Residence" signals the conceptual base for the new building. The Lucerne Festival, which until now has confined itself largely to concerts, moves into the realm of music theater with "Im Schnee" (In the Snow), a staging of Bach's six solo cello suites.

The results are curiously expressive and resolutely odd. Schloemer's cast of five dancers and three cellists moves in various states of dream-like trance and derangement through Mascha Mazur's sparse sets. Tent, shelter, hotel or the inside of protagonist C's mind? It's a bit of all that. Think of the film "Being John Malkovich" without words.

"Im Schnee" does not aim to be a literal translation either of Bach's intensely reflective music or the chapter of Thomas Mann's novel "The Magic Mountain" on which the show is loosely based. Instead, it's a series of associative meditations, quirky and moving. Schloemer's dancers move with grace and wit through imaginative accounts of Bach's scores by cellists Sebastian Diezig, David Pia and Mattia Zappa. Thomas Jeker's electronic-music interpolations remain discreetly in the background.