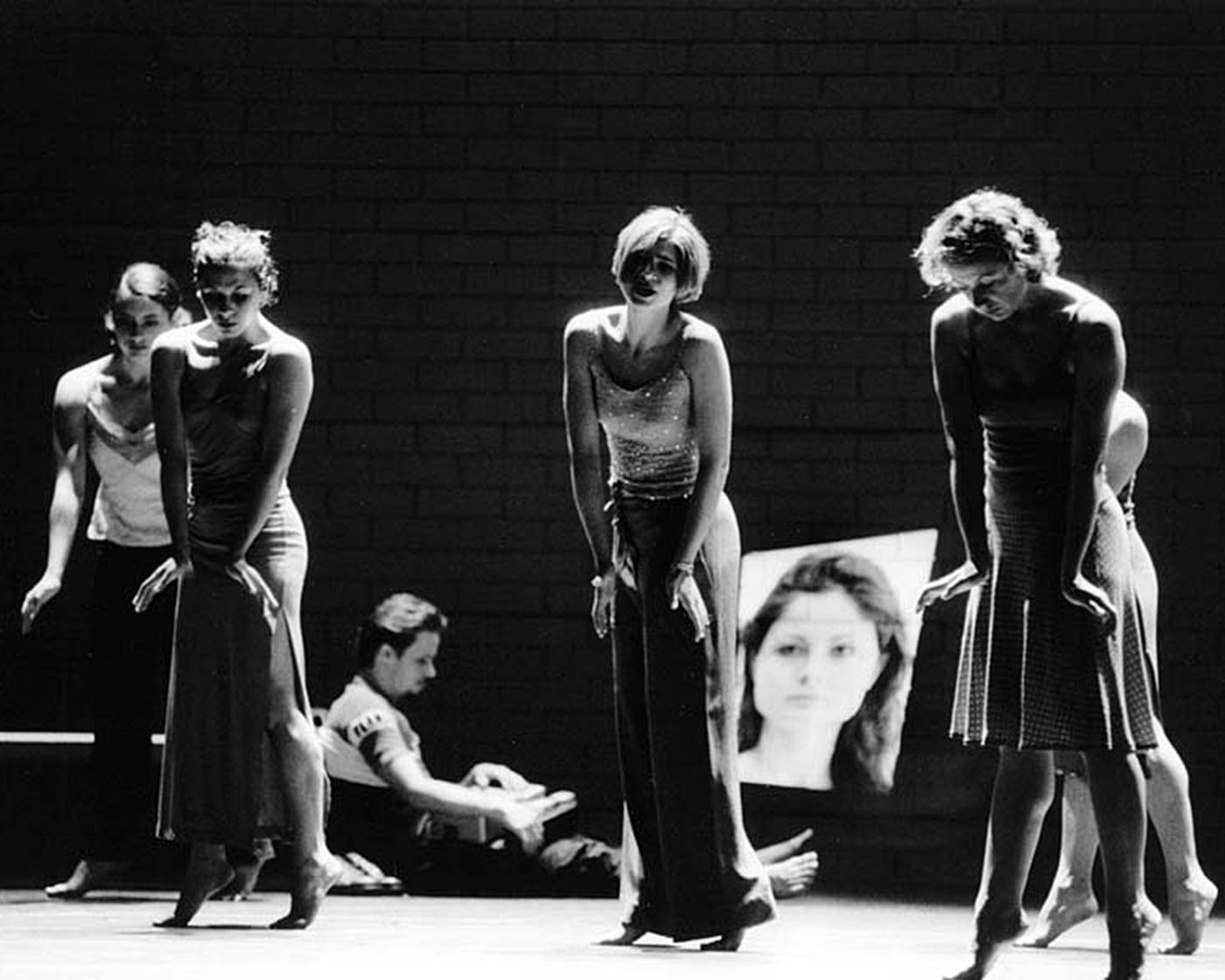 All's Fair in Love and War
Old music and new dance hook up in a seamless, surprisingly timely show

German choreographer Joachim Schloemer settles into the corner of the Olympia Hotel cafe near the Tenderloin with the sinuous acuity of a cat. His is the gracious, coolly accommodating manner of a busy man neither eager nor afraid to talk about dance or politics, the kind of guy who endures interviews because it is the business of art to give them. With a broad brow and pointed chin, he looks puckish, until I absorb how gray his hair is -- far grayer than that of most 39-year-olds. Then I detect something world-weary in Schloemer's face, a moral fatigue usually reserved for people a decade or two older who have discovered that life is disappointing or woefully limited. And yet his gaze is youthful and uncompromising.
It begins to make sense that a young man with something old about him has shoehorned 400-year-old opera and contemporary dance into one seamless, brazen production called La Guerra d'Amore (The War of Love). The dance opera has its U.S. premiere this week at Berkeley's Cal Performances, the sole underwriter of the large venture. It is based on music from the seventh and eighth books of madrigals by the 17th-century Italian composer Claudio Monteverdi, the father of opera.
The madrigals -- with names like "I Burn, I Blaze, I Am Consumed" and "Dance of the Ungrateful Ladies" -- are about the battles sparked by love and longing. Dramatized onstage by a cast of nine international opera singers and a corps of 19 international dancers, the piece brings the performers together, sometimes heartbreakingly, like schools of fish nuzzling and weaving in warm, clear water. Accompanying the stage artists is an orchestra of musicians in the pit, under the direction of the renowned conductor and harpsichordist René Jacobs.
La Guerra d'Amore opens on an imaginary Venetian square streaming with human activity, where both tender and warring lovers meet. Schloemer explains that he wanted "to see what would happen if it took place in a piazza, in a more authentic situation," drawing viewers into a setting they could inhabit. As the piece begins, the singers are in ordinary modern clothes, scattered around the oval that represents the piazza; they move slowly counterclockwise, facing out toward the audience. Then, like lovers stealing home at dawn, the dancers tiptoe in from stage left, passing through the moving circle of singers, some with their shoes dangling from their hands. The image, like so many in the production, is simple, elegant, and comically touching.
As committed as he seems to period music, Schloemer is not an antiquarian. His tastes, in fact, are pressingly modern. His movement style is a tightly crafted but easygoing combination of German expressionist steps, jig, Lindy, angular modern dance, and lyrical, balletic duets arranged with architectonic intelligence. This mix seems apt for a man who dropped out of architecture school to attend dance's Folkwang-Hochschule in Essen, Germany, where choreographer Pina Bausch is the director. His real musical love is 20th-century composers.
Mark Morris is largely to blame for Schloemer's decision to marry old music with new dance. Schloemer, who joined Morris as a dancer in Brussels in 1988, says he used to spend Sunday mornings listening to music with him, learning to hear the baroque as Morris did, although it took a while before he could perceive it in his own way. "He played for me his fantastic baroque music," Schloemer says. "He really forced me to listen to it. Of course, the way Mark listens to music is one very specific way. It was his musicality. Mine is very different, much more chaotic, much less driven by the single note than by the all-over statement behind it." Though bound to the music, Schloemer's dance patterns never dramatize the sound literally as Morris' do. Instead they reinterpret the vocal patterns, poetic metaphors, and complex rhythmic structures with rich physical imagery of love and battle.
The resurgence of old music in the dance world began just as the AIDS epidemic started to decimate the community in the mid-'80s, the dark, brooding tones and complex forms reflecting the sudden pall cast over life by the disease. Today, baroque music's rigorously constructed expressions of love, death, and spirit provide similar succor. For Schloemer, who was still struggling to get all the show's participants safely inside the U.S. just 10 days before opening, the need for abstraction in art is greater than ever.
"By just emotionalizing onstage, things get very small," Schloemer says. "If you try to show your pain, it gets literal. Our fears now are much, much bigger than can be revealed in just one piece, or a single production, or one political statement."
La Guerra d'Amore, with its cool choreographic beauty and lush, passionate songs, turns out to be more topical than ever: Lovers collapse into hatred and violence worthy of nations. In a production with the patina of age, the narrator in "The Combat of Tancredi and Clorinda" adds an eerie modernity when she sings in Italian: "Shame spurs anger into vengeance/ And vengeance then renews the shame/ So that constantly as they strike, constantly as they haste/ New stimulus is added and new wounds." Too bad today's combatants won't be in the theater to hear it.