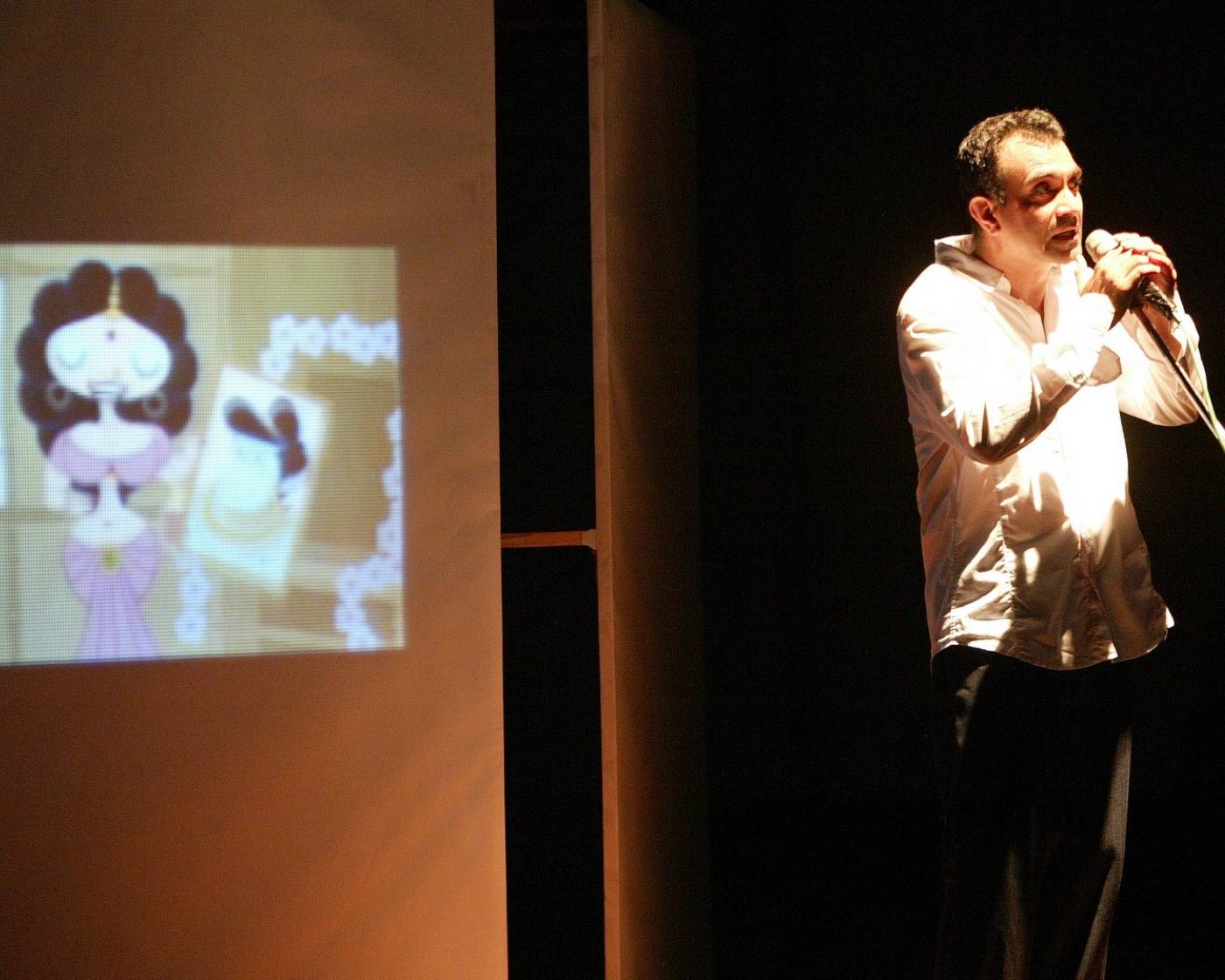 Freedom to create
With productions in theatre, dance and opera, Joachim Schloemer has blurred the boundaries between the various genres. KAUSALYA SANTHANAM talks to the artist, who is now planning a contemporary interpretation of the Ramanyana.

"It is awsome. Everyone on the street knows the story. In Europe, we do not live in a theatre-oriented tradition society like this", says Joachim Schloemer, acclaimed dancer and choreographer from Germany. Schloemer is planning a contemporary interpretation of the Ramayana and has been working on it for many years, reading up secondary sources and gaining as much information as he can. Prior to talking to this correspondent, he was busy conducting workshops for dance and theatre artistes at the Students Activity Centre of the Indian Institute of Technology, Chennai. In these workshops, interactive in nature and aimed as an intercultural dialogue, Schloemer sets out "towards an exploration" of the epic poem. "These participants are very focussed and enthusiastic. I appreciate the open mindedness very much. They never give up; never get bored. I have never seen the like of it anywhere in the world", he says.
The workshops are part of a series, sponsored by the Max Mueller Bhavan that he is holding in Bangalore and New Delhi as well. The choreographer screened two films on dance, stunning in their visual geometry and communication of concepts at the Bhavan in Chennai. While the first showed the exploration of movements in various spaces - both open and enclosed- the second explored the central energy of the body. Both films had been written and directed by him.
Schloemer is one of the leading figures in modern dance today. His latest music and dance theatre piece, "About kings, queens and Witches" was premiered on August 28 at the Luzerner Theater, Lucerne.
"I never tell a story. I do original work and rarely something familiar. But my work is not abstract", says Schloemer, who is visiting India for the first time.
He has been working on the Ramayana for 10 years now. "The Director of the Haus der Kulturen der Welt at Berlin (an Indian festival is on there at present) proposed the project when I performed Stravinsky at a festival he had organised. I met dancer Chandralekha then as she too participated in it." Schloemer got acquainted with Ayurveda and yoga and met up with quite a few Indians to learn about the epic.
Quiz him more about the "whens" and the "wheres" of the productions and he won't give much away. "I have to be 'clear inside of me' what I want to do. It might be one project or three over several years But it will not be a literary story telling, of that I am sure, only a reinterpretation. It is difficult to say what aspects I will deal with. I'am talking to so many specialists on the Ramayana during this tour. Everybody is a specialist here. Everyone knows a lot more about it - more than I do", apparently bowled over by the familiarity of the common man with the epic and the fund of knowledge with which he meets.
As for the characters that appeal to him, he replies, "They are most likely to be the same as the ones that appeal to you. I will focus on Sita and other women such as Urmila, Kausalya and Ahalya. I don't carry the burden of being true to the story, only being true to myself. It will be a personalised account", he states.
Born near the cathedral city of Cologne, Schloemer decided to study architecture but gave it up after two years to train in dance, though art is not a family tradition.
"My parents are simple sales-people. I was 18 and I loved to interact with people too much to be satisfied to be confined to one place and draw."
He learnt dance an choreography at the Folkwang Hochschule in Essen. Well-known dancer Pina Bausch is also an alumnus of the institute. Schloemer became a dancer in the Theatre de la Monnaie in Brussels and soon after set up his own company, Josch. Schloemer, a recipient of prestigious awards, has choreographed a staggering number of productions - 80 in all. His works have been presented in many cities in Europe, Asia and the United States.
"It's a long time since I did a pure dance piece", says the choreographer who has directed and created opera and theatre productions, blurring the boundaries between the various genres. "I don't care about mere technical perfection - how fast people dance. The human aspects such as love and political influences interest me. I've never stayed long in one city. I only work in opera in Germany and in the field of dance in Portugal and Austria where main arts festivals are held. I don't like the dictatorship theatre imposes on my work. I want freedom to create. I write my own plays on various subjects - physical fitness, baroque music, science fiction..."
The system in Germany, he says, allows a person to grow though the funding for the arts has come down greatly of late. Germany is going through a recession. Everywhere in the world, though dance is inventive, it is weak compared to the other performing arts such as theatre and opera. The weak partner gets weaker and like an injured animal, runs slower and slower. In Germany too, as in other countries, TV soap operas are taking over. "I haven't seen too many Ramayanas. But I can create my own vision of things. It is exciting to fashion a work within a living tradition of story telling for the quality will be different", says the artist who, judging from his words, promises to give Indian viewers a totally new experience of a story that is part of their collective consciousness.