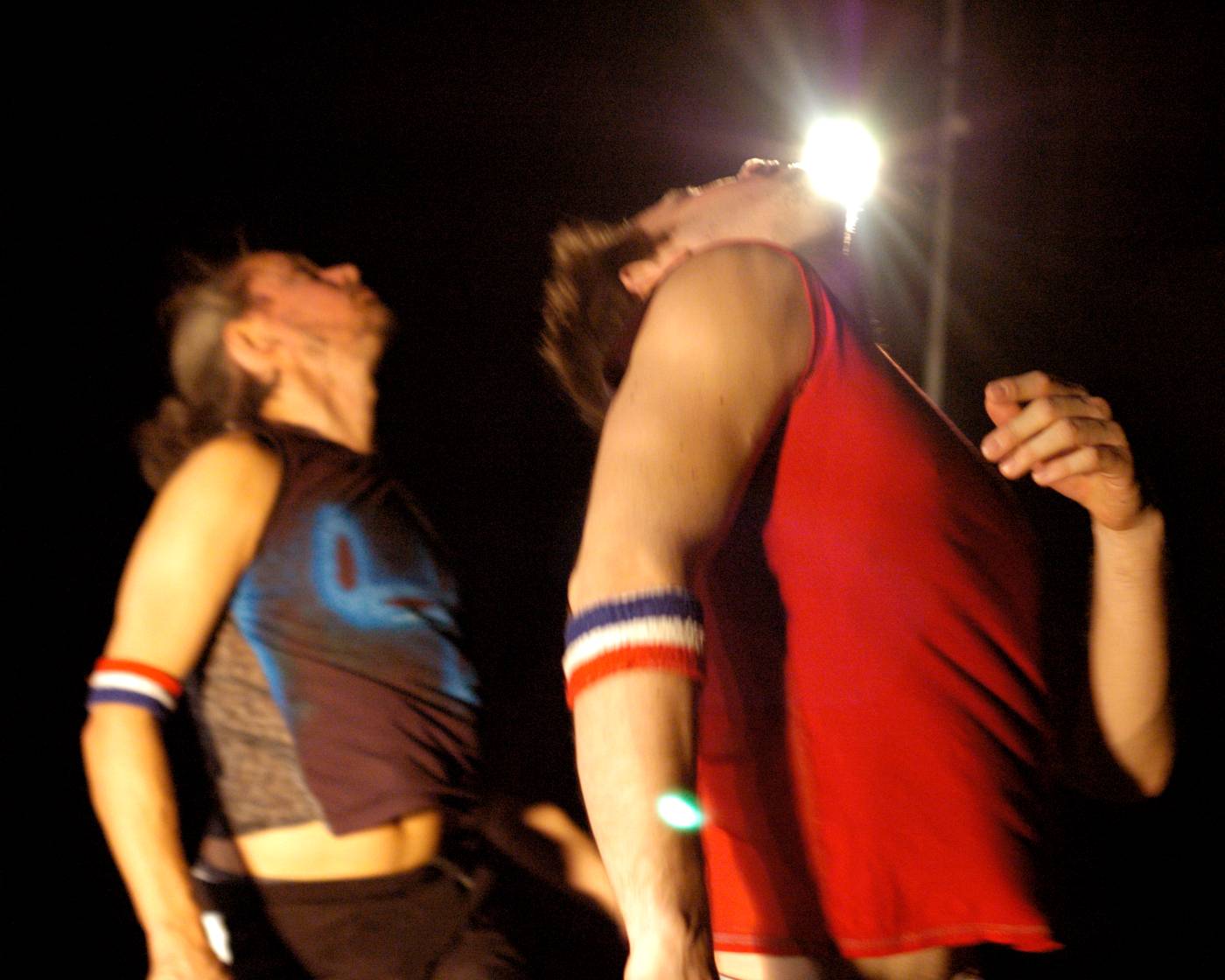 "For centuries we have been victimized by European civilization. And all that it has given us - including Kierkegaard - is an either/or situation, both in politics and art. But suppose we want neither politics nor art? Suppose we want a human action that doesn't have to be legitimized by some type of holy water gesture of baptism?"
(Morton Feldman)

part a
Establishing the form, gyroscope, silence.
Two men moving in synchronicity as one. Perpetual motion in movement terms. An interminable movement sequence that never diminishes in intensity, and creates additional tension through pauses and silences.

part b
Failure and success/ the breaking point/ the sonic boom. Music: disturbance, secondary sounds, plus Morton Feldman.
In part b, the divergence between the two men begins. One accelerates to oblivion, the other decelerates into decomposition. extreme physical activity. This speed, neither/nor, monster" has two possible outcomes. For one of the men, an acceleration to oblivion resulting in an abrupt end. Or for the other, a steady deceleration and decay resulting in a gradual end. The end result is inevitable however- death. The two are in fact one.

part c
All impulse is taken away. The Void.
Part c is the conclusion of part a and b in an intuitive sort of way. It is a retrograde, frame by frame, of surpressed dark spots in your memory. You move back and forward at the same time. Time is unimportant.The rhythm changes . We step into uncanny banality.
One by one, singular images appear.
Images which simultaneously evoke a personal attachment and play on general angst.
This nondescript world is a naked view on your most unwanted images. The snapshots images should make one re-examine ones own relationship to aging and decomposition, our relationship with time. The value that we place on it should be re-examined.

Bands of light on the stage will reveal the individual images in snapshot form.