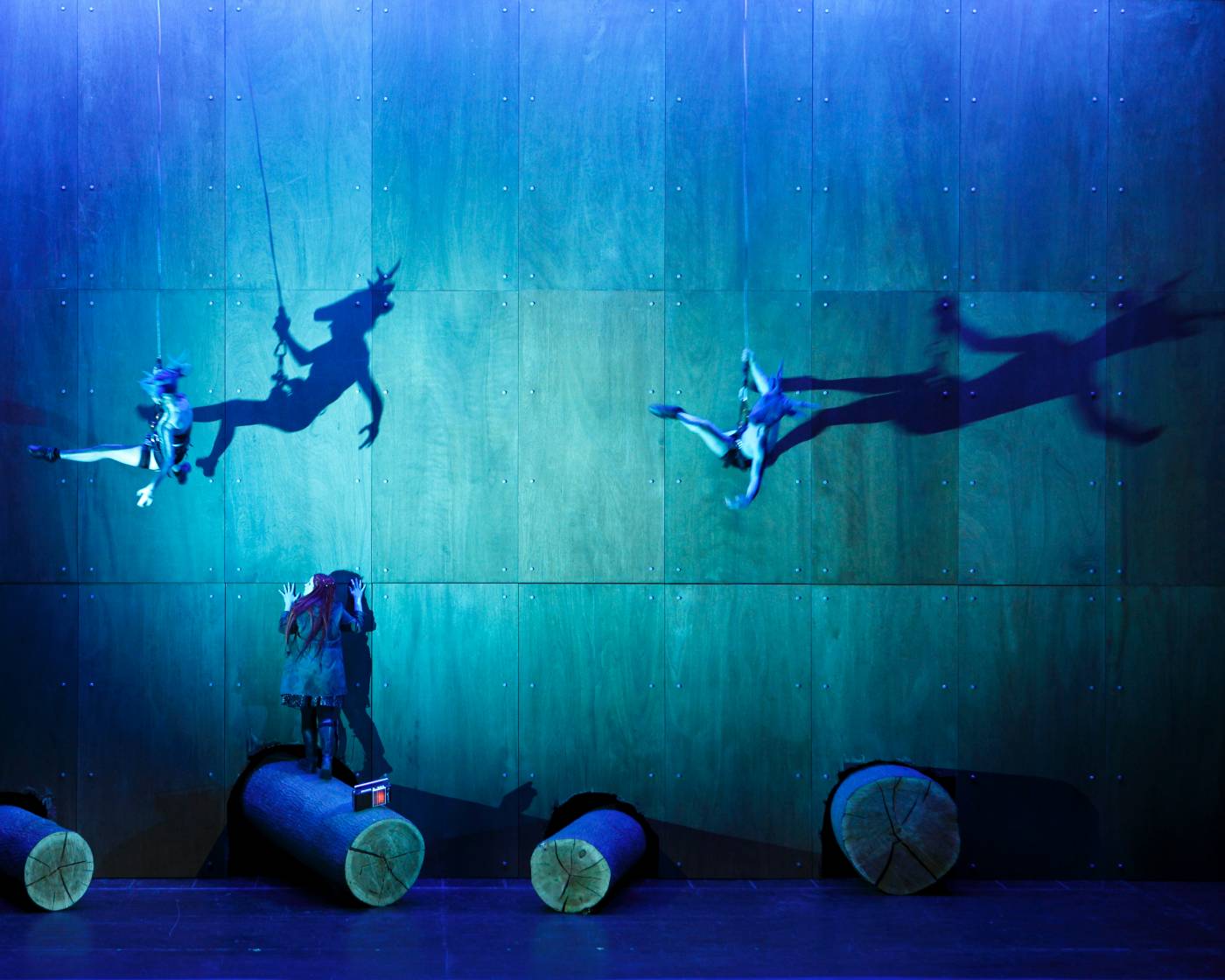 It is 35 AD and Jerusalem is under Roman occupation. Herod Antipas, whom the Romans have appointed king, is not very particular when it comes to morals. The temple is a hotbed of hatred and envy. Astrologers, false prophets and Pharisaic scribes try to palm off their doctrine of salvation onto the population. The people are poor and wander about in despair. Among them is a young girl called Salome. While searching for her mother in a disjointed world, she finds stability and love in the rebel ‘sect leader’ Jean (John the Baptist). Only at the end does she discover she is the daughter of the wicked queen Herodias. It is with her that she has been engaged in a repressed struggle.

With his beautiful, sumptuous music in the grand opera style, Jules Massenet’s variation on the story of Salome is very different to that created later by Richard Strauss in his Salome, which was inspired by a work by Oscar Wilde. In Massenet’s opera, founded on Flaubert’s Hérodias, political, social and religious conditions in biblical Jerusalem play a central role. They are the preconditions that seal the fate of the characters. Indeed, these themes still play a central role in the explosive climate of the Middle East today. The atmosphere and form of this opera are determined by grand choral scenes and emotional arias and duets, all drenched in an eastern perfume. It premiered in Brussels in 1881 and it’s definitely worth rediscovering it at the Flanders Opera!

This is the first time the German director and choreographer Joachim Schloemer is directing an opera production for the Flanders Opera. His work has caused controversy in leading German opera houses and at the Salzburger Festspiele and is a guarantee for insightful and lively theatre directing. After delighting audiences at the Flanders Opera with his fiery Tchaikovsky interpretations, our young principal conductor Dmitri Jurowski will now devote all his attention to this French opera.